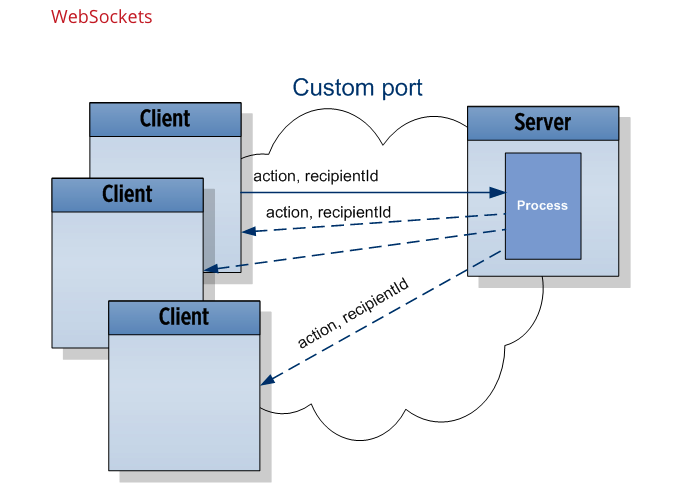 WebSockets is a bi-directional, full-duplex communications protocol initiated over HTTP. They are commonly used in modern web applications for streaming data and other asynchronous traffic.

In this section, we’ll explain the difference between HTTP and WebSockets, describe how WebSocket connections are established, and outline what WebSocket messages look like.

What is the difference between HTTP and WebSockets?

Most communication between web browsers and web sites uses HTTP. With HTTP, the client sends a request and the server returns a response. Typically, the response occurs immediately, and the transaction is complete. Even if the network connection stays open, this will be used for a separate transaction of a request and a response.

Some modern websites use WebSockets. WebSocket connections are initiated over HTTP and are typically long-lived. Messages can be sent in either direction at any time and are not transactional in nature. The connection will normally stay open and idle until either the client or the server is ready to send a message.

WebSockets are particularly useful in situations where low-latency or server-initiated messages are required, such as real-time feeds of financial data.

How are WebSocket connections established?

If the server accepts the connection, it returns a WebSocket handshake response like the following:

At this point, the network connection remains open and can be used to send WebSocket messages in either direction.

Several features of the WebSocket handshake messages are worth noting:

Once a WebSocket connection has been established, messages can be sent asynchronously in either direction by the client or server.

A simple message could be sent from the browser using client-side JavaScript like the following:

{"user":"Hal Pline","content":"I wanted to be a Playstation growing up, not a device to answer your inane questions"}